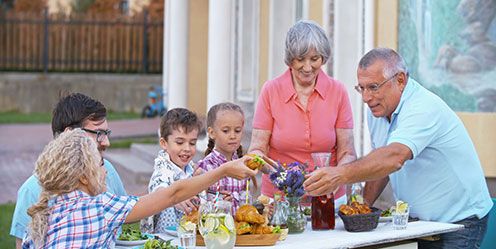 SCHEDULE AN APPOINTMENT
Next

There are quite a few different retirement withdrawal strategies out there and in this video I’m going to be going over the Three-Bucket Strategy. When using a strategy like this one, I’ve seen clients able to handle and move through bear markets or big corrections, like the one that we’re currently in, a little bit easier than those people who do not have a plan or who did not prepare for moments like this. And that’s why it’s one of the favorite strategies that we use when it comes to income planning for people.

The basic idea is that you divide your investments into three different buckets, all with a different and specific purpose and goal tied to them.

So, the first bucket is money that you’re going to need in the near future. Usually, it’s two to five years worth of expenses in that now bucket. And as an example, if you’ve got expenses or if you’re going to be withdrawing about 50K from your investments each year, then you would possibly have 100 to 250K in this first bucket. The types of investments that go into the first bucket would be things that are considered safe assets, things like cash or money market or certain types of bonds. But you want to be careful of the kinds of bonds that you put in this first bucket if you want them to truly be safe. Now we’re not going to expect big returns in this first bucket. It’s really more of a conservative play, where we’re looking to more preserve and conserve and not grow so much in this first bucket. Think of it more like an insurance for a market crash. It’s money that the goal is not going to be that it fluctuates much and what it has done in the past is bring peace of mind to people during market corrections, knowing that they have this bucket set aside money that they’re using right now, and it’s really been sort of like an insurance policy for their retirement income plan.

The second bucket is money that you’re not going to need within the first two to five years, but you will in the next five to 10 years. It’s slightly riskier than bucket number one. It’s going to have more fluctuations, ups and downs, but it’s not going to have wild swings like you’re seeing in the stock market. Some people even hold some specific investments that produce a higher level of income and they use that income to funnel to bucket number one so that the first bucket continually gets replenished.

And then finally the third bucket is a bucket that has higher risk investments, things that are going to go up and down a lot more. But the goal here would be higher-risk, hopefully, higher-return. These are things like stock funds or mutual funds. Some real estate is sometimes held in the third bucket or possibly even alternative investments. We can expect with things like that, that there’s going to be a lot more fluctuations both up and down for that third bucket. But because it’s 10-year-plus money, we can allow that money or allow those investments to do what they do because we’ve got the other two buckets in place. So that’s really the basics of the Three-Buckets Strategy.